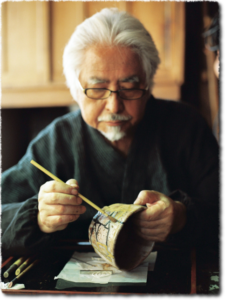 When coaching people in a new skill, there are several things I watch for in their development from novice to master. Insuring they have the requisite foundational knowledge can be considered a given. Tightly coupled with this is a demonstration of working from first principles. If neither of these are in place than it can be said the learner has yet to begin their journey toward mastery.

Beyond the basics, I look for signs of what’s happening behind the curtain. I watch for how they respond to challenges and conflict. And how they work through difficult decisions.

How a difficult decision is handled is an important indicator for whether an individual is a novice, a master, or somewhere in between. Where novices struggle trying to figure out what to do, masters resolve quickly. Certainly a common issue in play would be doubts about the outcome of any particular action and the probability of recovering from any associated consequences. It is also possible that the issue – either instead of or in addition to – is that the novice has become stuck at a decision node that has an uncomfortable degree of uncertainty associated with it on the front end and they are unskilled at thinking through the “disjunction,” as Eldar Shafir1 calls situations like this.

With the former issue, the tack taken by the novice is to plan out as many details as possible so as to account for every contingency and squeeze out as much doubt as possible regarding the outcome. In the later, the novice simply doesn’t have the information needed to make the decision and lacks the skill to play out n number of scenarios leading up to the decision node such that they can then evaluate subsequent paths.

An example given by Shafir has to do with a student that has just taken a rather important exam (say, for graduate school) but doesn’t yet know the results. If they’ve passed, they move forward. If they’ve failed, they have to retake the exam in a couple of months after the end-of-year holidays. On the same day, they are presented with a incredibly sweet deal for a 5-day Hawaiian vacation over the end-of-year holidays. The vacation deal is good for today and grades won’t be released until tomorrow. What does the student do?

Notice that the outcome of the exam will be known long before the vacation begins. Thus, the uncertainty characterizes the present, disjunctive situation, not the eventual vacation. Additional, related versions were presented in which subjects were to assume that they had passed the exam, or that they had failed, before they had to decide about the vacation. We discovered that many subjects who would have bought the vacation to Hawaii if they were to pass the exam and if they were to fail, chose not to buy the vacation when the exam’s outcome was not known. The data show that more than half of the students chose the vacation package when they knew that they passed the exam and an even larger percentage chose the vacation when they knew they they failed. However, when they did not know whether they had passed or failed, less than one-third of the students chose the vacation and the majority (61%) were willing to pay $5 to postpone the decision until the following day, when the results of the exam would be known.

A solution to this simple example of disjunction (Shafir provides many other examples) is for the student to ask themselves two questions:

If the answer is “Yes” to both or “No” to both, then the decision about the vacation deal is easy. If the answer is still mixed, then I suppose the student will have to dig a bit deeper to get at a level of leading criteria that will shake out the decision. (When I was a student, I would have had to consult my financial adviser – a.k.a. my wallet – first. The answer to everything beyond beer was “NO!”) In the experiment described above where students remained uninformed as to the outcome of the exam, they didn’t have a skill or strategy for resolving the uncertainty and were even willing to pay to make it go away!

Shafir’s work was instrumental in helping me tap into new skills for developing mastery in several areas of interest (specifically, martial arts and woodworking). Disjunction has a distinct visceral sensation for me. It gives me pause to ask questions not about potential future events, but about past events leading up to the present. I find I’m usually missing something about the history of events that either help sort out the indecision once known or cause me to think through better scenarios on emerging events that will influence the decision I’m trying to make.

Photo by Motoki Tonn on Unsplash

View all posts by Gregory Engel